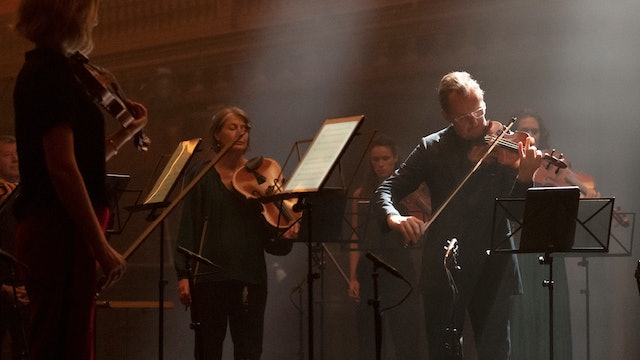 Beauty can be revolutionary too, as this debut release in our inaugural season of concert films, ACO StudioCasts, will prove.

Filmed in the grand and expansive Centennial Hall at Sydney Town Hall, the film opens with Schubert's Quartettsatz, followed by Vaughan Williams’s ‘The Lark Ascending’. Universally loved, it has long been a calling card for Richard Tognetti and a place for rapture in a pure sense.

There is a similar emotional impact in Beethoven’s ‘Cavatina’, which may be one of the most moving pieces ever written. Indeed, so moved was Beethoven that it’s said he finished it with tears falling onto his manuscript. Emotions transcend time and so does Beethoven’s ‘Grosse Fuge’ which was perhaps too revolutionary for an early-19th-century audience. Now though, inspired by the intellectual drive within it, we celebrate the ‘Grosse Fuge’ as another moment of beauty and rapture.